Date of Birth:
15 October 1937, Rajahmundry, Andhra Pradesh, India more
Date of Death:
7 February 1983, Hyderabad, Andhra Pradesh, India.
The Artist who has left a legacy of comedy behind Raja Babu.
Punyamurthula Appala Raju born on the 29th of October 1938 at Narasapur in the West Godavari district of Andhra Pradesh was a man who has left his footprints on the sands of the Telugu cine world. He was the man who brought a smile to every face; he is our very own Raja Babu.

Raja Babu had always been interested in dramatics and this is the very reason for his entry into the theatrical field. With excellent performances in dramas like “Kukka Pilla Dorikindi”, “Naalugilla Chaavadi” and “Alluri Sitarama Raju”, he introduced himself to the acting genre.
On the advice of the then famed director Garikapati Raja Rao he left for Madras without informing anybody back home and was for the first time seen in Addala Narayana Rao’s “Samajam”. It was at Addala’s place that Raja Babu would take tuitions for the director’s children. The artist who entered the filmdom with ‘Samajam’ in the year 190 had no looking back whatsoever. 21 years! 185 films! An indelible mark in the hearts of his audiences made this man an immortal soul!! 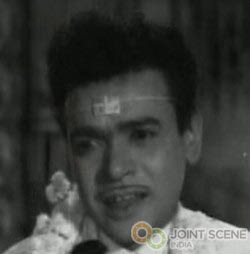 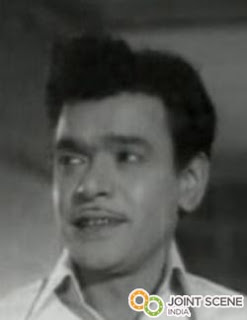 He was the source behind uniting Vijaya Nirmala and Krishna in the year 1981. He tied his nuptial knot in the year 1965 with Lakshmi Ammulu and was blessed with two sons Naga Babu and Mahesh Babu. Raja Babu’s name is considered synonymous with comedy. He was so ‘Wanted’ by the people in the films that the distributors too demanded for films featuring Raja Babu, be it with any hero!

So liked was he by his audiences that he earned himself the title of being the ‘ of the century’. Such virtuous were his morals and values that he did every thing he could to uphold humanity.

In films like ‘Taata-Manavadu’, ‘Manishi Roddunna Paddaadu’, ‘Tirapati’, ‘Evariki Vaare Yamuna Teere’ and many more, he was the lead actor and most of these conveyed a social message.Leela Rani, Prasanna Rani, Sachchu, Gitanjali and Ramaprabha played his female counterparts. But it was Ramaprabha who had a major share in his career playing opposite him and theirs was considered the best cameo couple with a huge fan following.

The song featured on the duo in the film ‘Illu Illalu’ went on to become the highlight of the entire film itself. Such was the influence of this charismatic persona that the youth in those days did anything they could to imitate him.

He portrayed the lead role in the film ‘Taata-Manavadu’ under the Pratap Arts banner. The other cast in the film included S.V.Ranga Rao, Anjali Devi and the others.

This was the debut venture of the director who is an entrant in the Guinness Book of World Records, Dasari Narayana Rao and behind his directing the film was none other than Raja Babu.

The film “Evariki Vaare Yamuna Teere” was another milestone in Raja Babu’s career. He portrayed a character with a wide variety of shades in the film, from being psychologically tortured youth to a person who has the great heart of getting his beloved married off to another man and silently suffering from a deadly disease like cancer, every shade highlighted excellently.

So wonderful was his action in the film that anybody who watches it would surely be reduced to tears. Kamala Hasan was the lead in this film’s Hindi version that won equal accolades. Though a flop, the film ‘Tirapati’ projected the best of Raja Babu. He jelled perfectly in this character that was full of pathos.

His venture, ‘Manishi Roddunna Paddaadu’ too didn’t do well at the box office, but its aim of awakening the people to the slurs in the society was successfully fulfilled.

In the film “Balipeetham”, he portrayed the character that belonged to the socially backward class. The film also featured Sobhan Babu and ‘Urvasi’ Sarada.

In the film ‘Jeevana Jyothi” he played Sobhan Babu’s friend. This film went on to be super hit and Raja Babu gained a special liking with his female fans.

He was awarded with the prestigious Film-Fare award 9 times, of these he won them 7 times in a row! Not only these, he also has to his credit 3 Nandi awards. He was also awarded with rolling shields for 5 times under the Best Comedian category.

The year 1970 was another milestone in this veteran’s life, he was felicitated with the title of ‘Hasya Chakravarti’ and then ‘The Comedian of the Century’.

It is a true privilege to every Telugu speaking person on the face of the globe that this multi-faceted actor belongs to our land and we can proudly call him ‘Our’ Rajababu.

In spite of reaching great heights of success this man was a very down to earth person, he helped hundreds of people with any kind of help be it monetary of just by way of mouth.

He also got the Rajababu Junior College built to help many more.

According to his brother and who’s another good comedian, Chittibabu, it was basically due to all the services that he rendered to the needy that led to the increase in the friction between Rajababu and his wife and tanks to this he completely go addicted to alcohol.

Rajababu had this unique hobby, habit rather to felicitate his seniors every year on the occasion of his birthday!

He felicitated actress Savitri and comedian Relangi many times along with his other senior actors.

The artist whose skills have won him that special place in the hearts of his audiences, the artist who greatly influenced the lives of the two famed film personalities who have won a place in the Guinness Book of World Records (Dasari Narayana Rao and Vijaya Nirmala) was called to Glory on 14th February 1983, at the Mother Teresa Hospital in Hyderabad.

Rajababu was not only a great human but he was also a successful producer and an excellent actor, he has made his mark in the hearts of his fans.

Somebody once very rightly said, “If you want to be remembered even after you are dead, then write things worth reading or do things worth writing” and this holds absolutely true to the great and the immortal Rajababu.